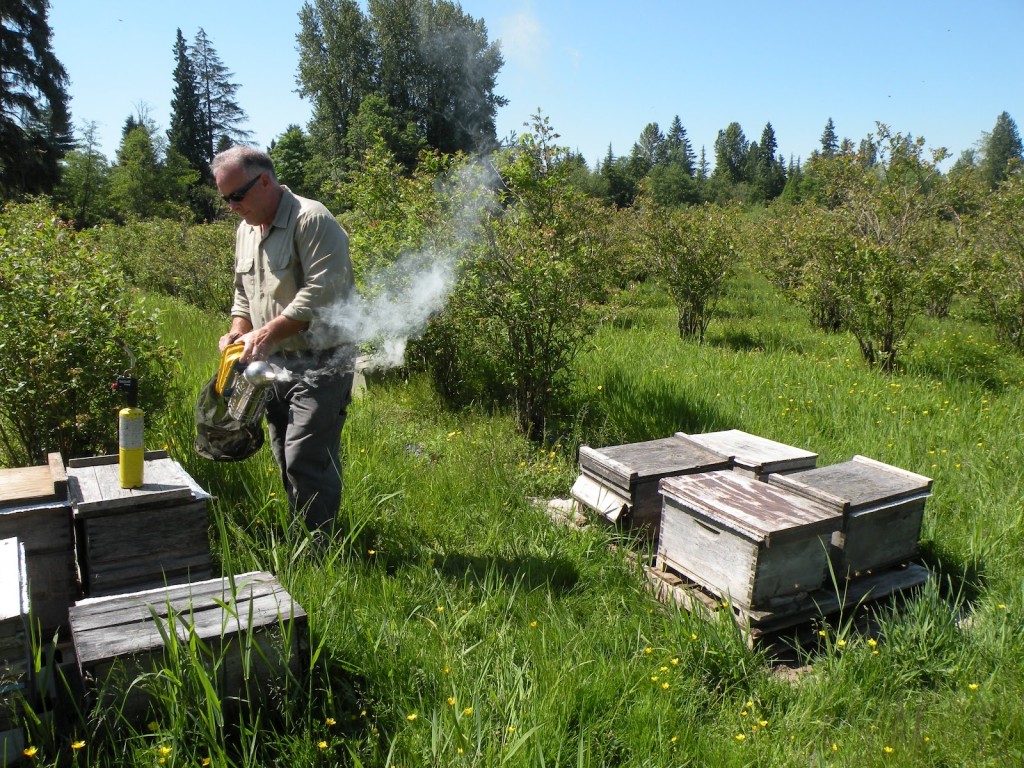 Cascade Natural Honey (CNH), a small-scale honey producer and marketer of northwest varietal honeys started in 1997. In the early years, CNH kept honey bees in a small number of hives in both Carnation, at Full Circle Farm and in Winthrop. As a hobbyist, CNH was able to produce small amounts of varietal honeys from each side of the mountains. During this time, to serve a small number of loyal customers, our honeys were mostly retailed out of two self-service honey stands; one at our house in Bellevue and a second in Madison Park.

Upon the unfortunate passing of an active and local beekeeping icon, Frank Fitzpatrick, CNH purchased some Frank’s processing and beekeeping equipment, bee hives and wholesale honey accounts. And so it began. With a greater number of hives, CNH began to produce greater amounts of marketable local varietal honeys. As the wholesale and retail markets grew, sales exceeded production. CNH began to purchase and re-market quality varietal honeys produced by other local beekeepers. These unique honeys such as buckwheat and star thistle added to the growing CNH product line.

With a business merger with Pipeline Honey Company in 2007, Cascade Natural Honey Company increased the total number of managed hives to over 150 but more importantly, added a business partner and full time beekeeper Brandon Clayton. Now much larger sized, CNH became a source not only for local varietal honeys but a source for commercial pollination services, locally bred queens, bee packages and complete bee hives.

Even with the larger size and number of hives, CNH still produces our own honey in small enough quantities that we can still do our own extracting.  By controlling our extraction process, we insure that our honeys remain raw, natural and processed without the use of additional heat for filtering and bottling, Honey just like what your grandparents enjoyed.

We love our customers and welcome your feedback and suggestions. Use our Contact Us page to order your packages, queens and nucs.

We will see you at the markets!